Texas Chainsaw 3D (released on home media and stylized on-screen simply as Texas Chainsaw) is a 2013 American slasher film directed by John Luessenhop, with a screenplay by Adam Marcus, Debra Sullivan and Kirsten Elms. It is the seventh installment in The Texas Chainsaw Massacre franchise and was presented in 3D. 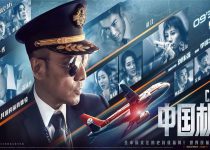