The Guilty is a 2021 American crime thriller film directed and produced by Antoine Fuqua, from a screenplay by Nic Pizzolatto. A remake of the 2018 Danish film of the same name, the film stars Jake Gyllenhaal and Christina Vidal, with the voices of Ethan Hawke, Riley Keough, Eli Goree, Da’Vine Joy Randolph, Paul Dano, and Peter Sarsgaard. The Guilty had its world premiere at the 2021 Toronto International Film Festival on September 11, 2021. The film was released in a limited release on September 24, 2021, prior to streaming on Netflix on October 1. 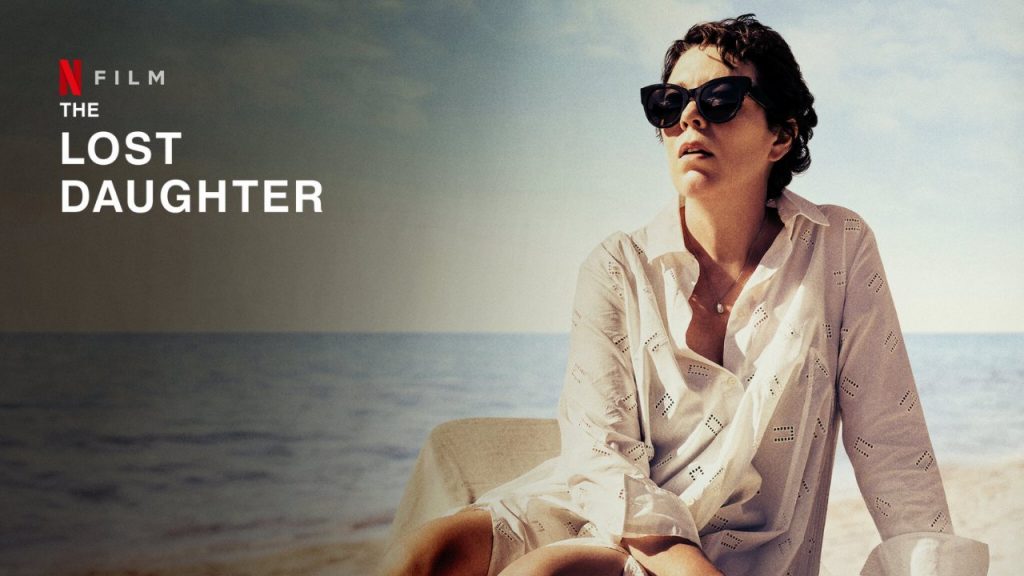 The Lost Daughter is a 2021 psychological drama film written and directed by Maggie Gyllenhaal (in her feature directorial debut), based on the novel of the same name by Elena Ferrante. The film stars Olivia Colman, Dakota Johnson, Jessie Buckley, Paul Mescal, Dagmara Domińczyk, Oliver Jackson-Cohen, Peter Sarsgaard, and Ed Harris. It had its world premiere at the 78th Venice International Film Festival on September 3, 2021, where Gyllenhaal won the Golden Osella Award for Best Screenplay. It was released in the United States on December 17, 2021, in a limited release prior to streaming on Netflix on December 31. The film received acclaim from critics.

Bruised is a 2020 sports drama film directed by Halle Berry (in her directorial debut), from a screenplay by Michelle Rosenfarb. It stars Berry, Shamier Anderson, Adan Canto, Sheila Atim, and Stephen McKinley Henderson. The film had its world premiere at the 2020 Toronto International Film Festival on September 12, 2020. It was for a limited theatrical release on November 17, 2021, prior to streaming on Netflix on November 24.