Tick Tick Boom (styled as tick, tick… BOOM!) is a 2021 American musical drama film directed by Lin-Manuel Miranda in his feature directorial debut, from a screenplay by Steven Levenson, based on the semi-autobiographical musical of the same name by Jonathan Larson. The film stars Andrew Garfield, Robin de Jesús, Alexandra Shipp, Joshua Henry, and Vanessa Hudgens. 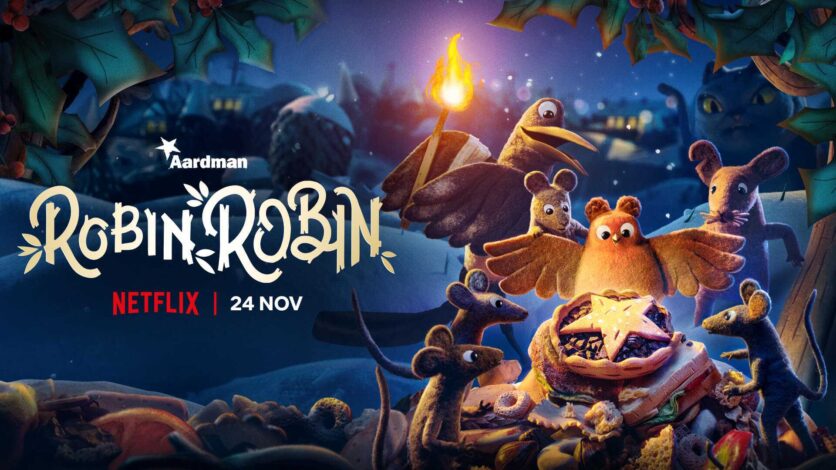 Robin Robin is an upcoming Netflix stop-motion short film for kids. Not much is known about it, except that the premise will revolve around the journey of self-discovery of a bird raised by mice. It is made by Aardman Animations for Netflix and it will appear in November 24th, 2021. It will star the voices of Gillan Anderson and Richard E. Grant.

In the Heights is a 2021 American musical drama film based on the stage musical of the same name by Quiara Alegría Hudes and Lin-Manuel Miranda. Directed by Jon M. Chu from a screenplay by Hudes, the film stars Anthony Ramos, Corey Hawkins, Leslie Grace, Melissa Barrera, Olga Merediz, Daphne Rubin-Vega, Gregory Diaz IV, and Jimmy Smits, with appearances by Miranda and Christopher Jackson. The film follows a similar plot to the musical, telling the story of a corner in Washington Heights, New York City, where each member of the community pursues their dream of a better life.