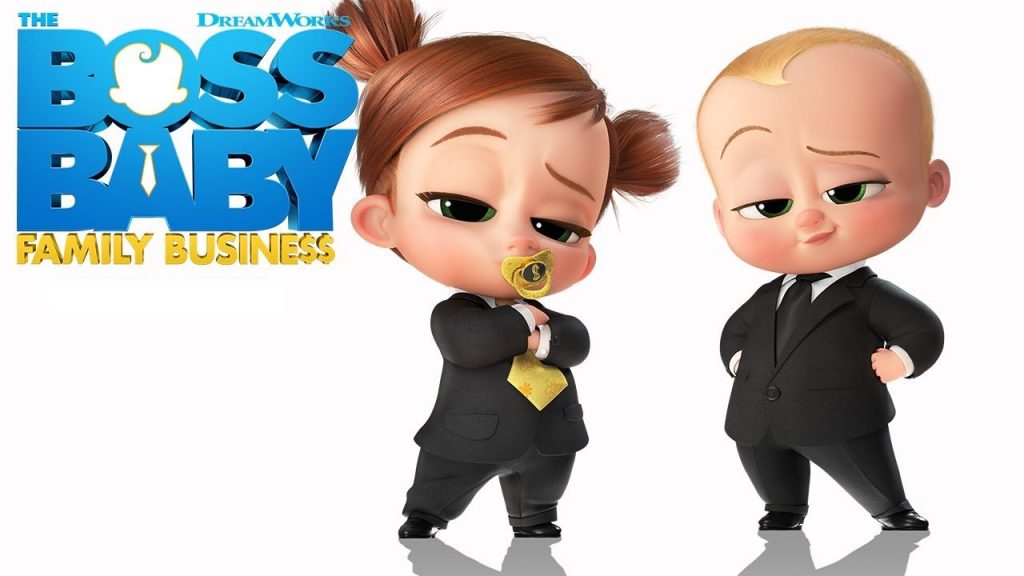 The Boss Baby: Family Business (known in other territories as The Boss Baby 2) is a 2021 American computer-animated comedy film loosely based on the 2010 picture book The Boss Baby and its 2016 sequel The Bossier Baby by Marla Frazee, produced by DreamWorks Animation, and distributed by Universal Pictures. The second installment in the The Boss Baby franchise and the sequel to the 2017 film, the film is directed by Tom McGrath, from a screenplay by Michael McCullers, and stars the voices of Alec Baldwin, James Marsden, Amy Sedaris, Ariana Greenblatt, Eva Longoria, Jimmy Kimmel, Lisa Kudrow, and Jeff Goldblum.